As One is a chamber opera in which two voices—Hannah after (mezzo-soprano) and Hannah before (baritone)—share the part of a sole transgender protagonist. Fifteen songs comprise the three-part narrative; with empathy and humor, they trace Hannah’s experiences from her youth in a small town to her college years—and finally traveling alone to a different country, where she realizes some truths about herself. Commissioned by American Opera Projects, As One opened on September 4, 2014, at the Brooklyn Academy of Music’s Fisher Space. Since its premiere, it has become the most produced new opera in North America, according to Opera America magazine.

"As One forces you to think, simultaneously challenging preconceptions and inspiring empathy."

"As One is everything that we hope for in contemporary opera: topical, poignant, daring, and beautifully written." 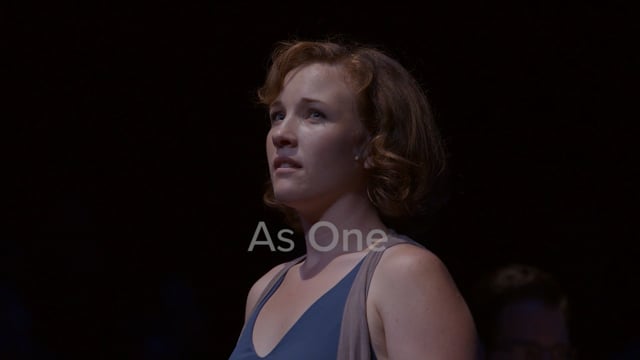 "As One is the hottest title in opera right now, at least among the titles written in the last 100 years."

"As One is everything that we hope for in contemporary opera: topical, poignant, daring, and beautifully written."

"By moving beyond the daily news, ‘As One’ approaches admirable universality."

"As One’s real longevity lies in its ability to simultaneously tell a trans story and an everyman’s story."

"You don’t have to be transgender—or even an opera-lover—to be moved and haunted by As One. As One has become a touchstone in outreach to the trans community…"